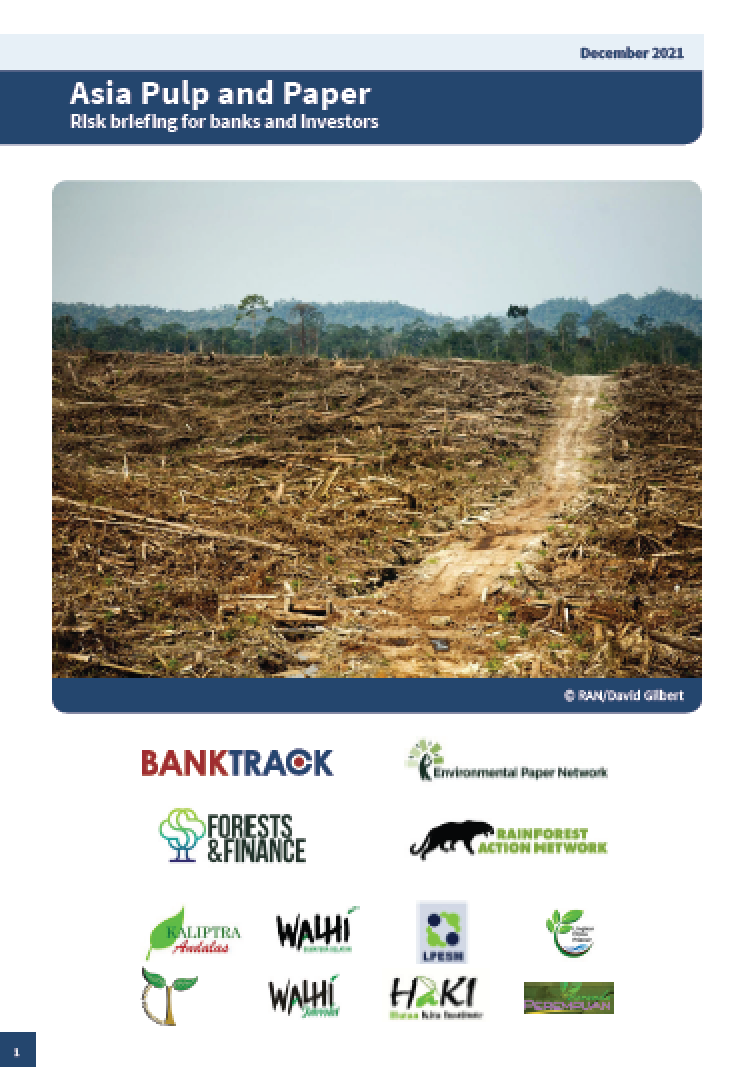 The Indonesian pulp and paper giant Asia Pulp and Paper (APP)[1] is controlled by the Sinar Mas Group, one of the largest conglomerates in the country. APP has a thirty-year track record of negative social and environmental impacts across its supply chains. The company over many years has been associated with deforestation, massive greenhouse gases emissions, forest fires, land conflicts and displacement of communities, violence and even killing of environmental activists; issues that are in clear dissonance with the company’s own commitments, as well as government regulations and laws, such as those on peatland and haze protection.

Despite its commitments, APP’s harmful practices continue, and the company is further expanding its operations in ways that will have catastrophic consequences for forests, peatlands and communities, as with the planned expansion of the OKI mill.

APP’s operations represent major risks for banks and investors. This risk briefing sets the reputational, financial, regulatory, legal, and other risks to banks and other financial institutions that consider exposing themselves to the company and its abuses. We wrote to APP, giving them the opportunity to respond to questions regarding it’s planned expansion of its OKI pulp and paper mill. We were pleased to see that APP provided a response, of which relevant parts can be found in the appendix.